Arsenal of Culture in Poland

The basic idea of ​​the proposal was formed as the need to take into account not only the future functional and aesthetic needs of urban problems, but also in the desire to maximize the preservation and adaptation of existing buildings. This led us to focus our attention on the analysis submitted lists facilities that are necessary for the life of the complex, including the isolation of those areas that would fit under the parameters of existing facilities to make the most of available resources and save money for new needs. Therefore, in the existing part of the building the MOS premises were designed, for which the required height and location were specified. In such way were formed the space exhibition halls and facilities that are directly related to them and outlined slick pit for MOS.

An important influence on the shaping process was the desire to realize the idea of ​​openness and integration with external space “small scene” (MSC). This led to the orientation of the café-club scene and its hall, park with the possibility of transforming the outer wall of adjacent open space during different attractions. 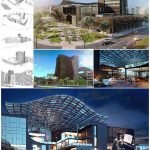 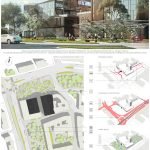 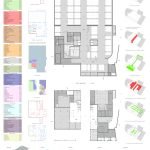 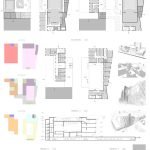 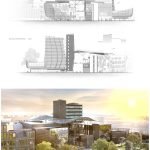